Ivermectin has been hitting the headlines following the advent of the Covid-19 pandemic.

But despite the diverse opinions of the drug as an inhibitor of the virus, its benefits to animals, especially sheep, seems to have become secondary along the way.

A debate has been raging in the medical community (and beyond) on Ivermectin’s ability to prevent and treat Covid-19. In the Overberg, many people have opted to use the drug, and swear by the results. What’s more, this has led to a temporary shortage of Ivermectin locally.

For sheep farmers, including Dohne Merino farmers, Ivermectin is an essential tool in ensuring a healthy sheep population.

It’s down to its antiparasitic agents that originated from soil bacterium discovered by a Japanese research institute back in the 1970s. In 1975, Ivermectin was produced, and was found to be active against the larvae of many parasites.

Forty years later (in 2015), the founders of Ivermectin, parasitologist William Campbell, microbiologist Omura Satoshi and scientist Tu Youyou were rewarded with the ultimate prize in science: the Nobel Prize for Physiology or Medicine.

Ivomec, the animal drug formulation, became the world’s most profitable veterinary drug in the 1980s. It was the only anti-parasitic drug that could counter both internal and external parasites, and thereby improve animal health and productivity.

It also improved farming efficiencies. In the past, sheep used to be dipped to protect them against parasites – a tedious and lengthy process. With the advent of Ivomec, dipping sheep became a thing of the past. 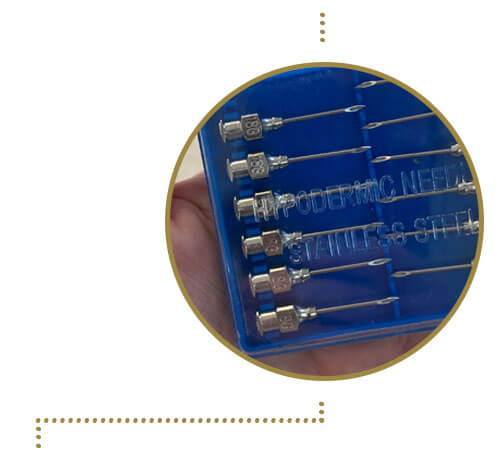 It’s regularly used on our Suidplaas Dohnes, to ensure healthy sheep herds. In the Overberg, Ivomec is used to also control ticks.

Ivomec is known to kill